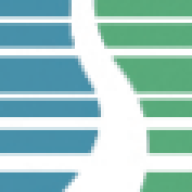 Ted is asking for clarification around including event data in the WRTDS analysis and how those event based samples may affect the outcome.

I don’t recall exactly what I might have said, but I think that the aim of the conversation was to identify criteria of most promising river monitoring locations that could serve as good representatives of load variations for a state.  I’m sure I said something about the value of sampling storm flows. This can be accomplished by regular frequent sampling (weekly to daily especially when high flows are likely) or using autosamplers that collect samples during at high flow.  The data collected by the National Water Quality Research Lab in Ohio is probably the best example of this. I don’t know if there are any similar data sets at that scale that spans decades.

Mark David and Lowell Gentry have been collecting weekly and storm event data for three small watersheds in central Illinois since 1993.  Iowa State U also had a similar long term data set dating back to the 1970s, but I think some of that has been discontinued.  There may be some other data sets like this.

In contrast, the Illinois Ambient Water Quality Monitoring network typically collects samples about 9 times per year, missing many storm events. In that data set, when storm events are sampled, they often appear as outliers and/or cause a large flux bias statistic in WRTDS, making the resulting load estimate uncertain and/or difficult to interpret. I suggest avoiding that problem by focusing on sites with more frequent sampling and/or storm event sampling. I am not sure it can be boiled down to a statistic like samples per year, although more samples are generally better than fewer. I think the key question is: how well does the sampling represent high flows that are most important to loads?  I am not aware of a simple or accurate way to answer or screen for that. I’ve only encountered the problem in the process of trying to calculate loads.