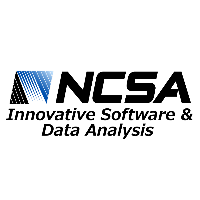 Data from Kingsley/football. This is all about the defensive side of the ball for now but offense is on the horizon. I told him that getting this ahead of a meeting would be helpful so that we can have at least looked at it before he explains it.

Kingsley is doing a good job of dreaming out, including about virtual reality – which he used while with the Tampa Bay Buccaneers, and machine learning. He does want to keep output from all of this data simple per Lovie’s desires for simplicity.

For those who aren't familiar with football, games are split into plays. Teams alternate offense and defense, and have different players for each side. There are several players for each position who will rotate in and out of the game between plays based on the situation (i.e. your big slow guy might come in if you only need 1 yard to score, but a smaller faster guy if you need a long run). So only 11 people on the field per team at once, but ~52 players on a team roster in total.

You have 4 downs (plays) to gain 10-yard increments and if you can't advance 10 yards in those 4 plays, you turn the ball over to the other team's offense and they try to go the other direction. If you do advance, you get "first down" and 4 more chances to get 10 MORE yards... repeat until you either score (reach the endzone at one of the of the field) or you turn the ball over.

The defensive data that was shared can be split into a few groups:

Will need to ponder more, but broadly speaking this seems like an opportunity for: