The intent of this tutorial is to update the list of repositories for Ergo. Previously, this information was served from a webserver that is listed in the Ergo preferences. We will need to update this to use a local file instead. This tutorial assumes that you have a copy of the repositories.xml file that was previously served from the webserver. If not, please contact the Ergo development team to obtain a copy at ergo-dev@ncsa.illinois.edu.

After launching Ergo, do the following:

After launching Ergo, do the following to update the catalog view: 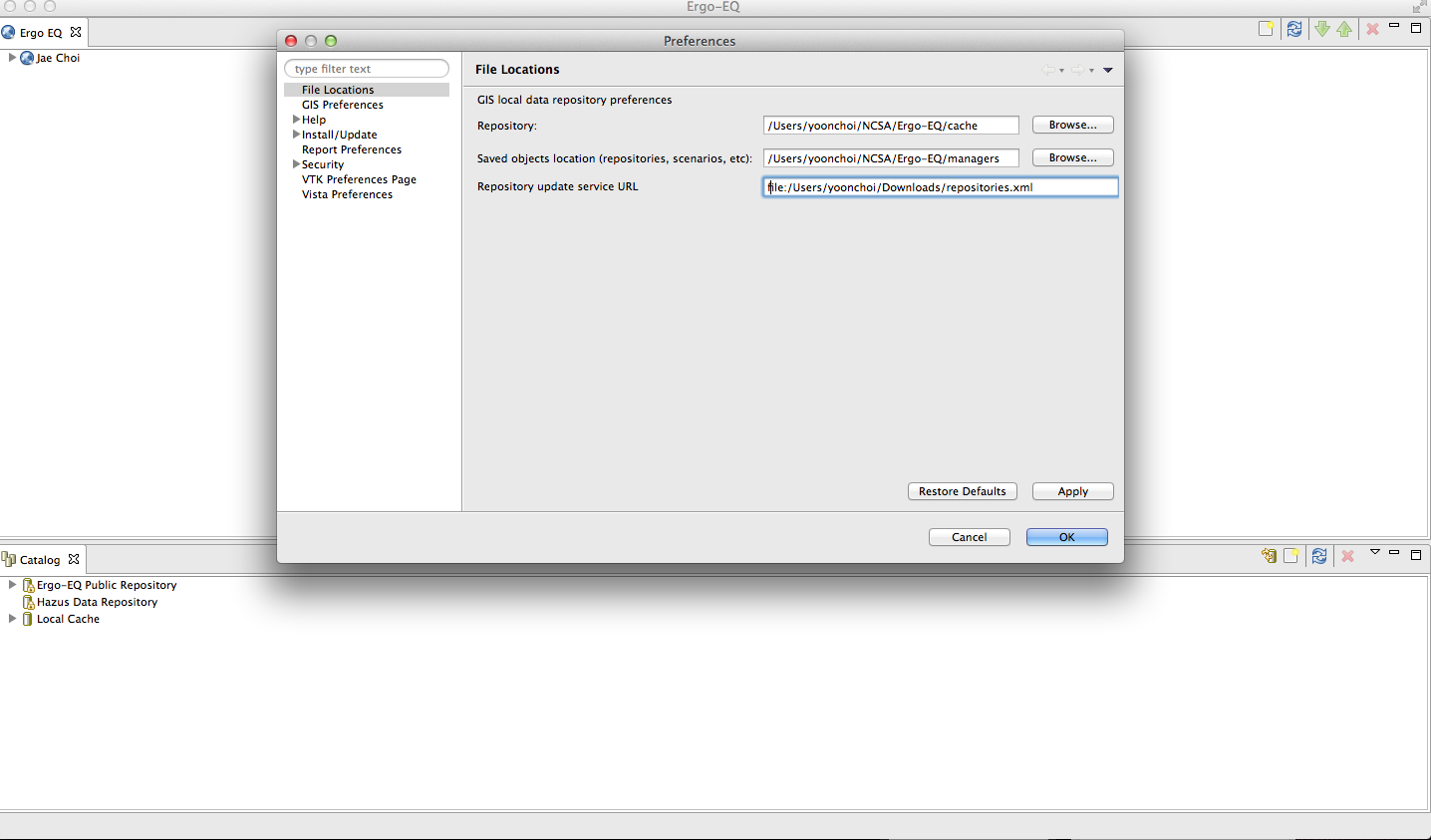