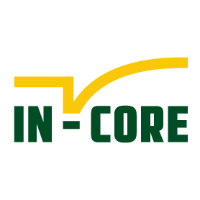 In the definition you would only have the extension images:
(.jpg, .png, .gif, .bmp) will be displayed

You are about to delete the term :

Applied-Analytics Tabu search, also called adaptive memory programming, is a method for solving challenging problems in the field of optimization. The goal is to identify the best decisions or actions in order to maximize some measure of merit (such as maximizing profit, effectiveness, quality, and social or scientific benefit) or to minimize some measure of demerit (cost, inefficiency, waste, and social or scientific loss). (Fred Glover and Manuel Laguna 2013)[ Glover F., Laguna M. (2013) Tabu Search∗. In: Pardalos P., Du DZ., Graham R. (eds) Handbook of Combinatorial Optimization. Springer, New York, NY. https://doi-org.ezproxy.lib.ou.edu/10.1007/978-1-4419-7997-1_17]

General: “the systematic distinguishing, ordering, and naming of type groups within a subject field” (Gove 1993). Civil Engineering: Taxonomy is defined as classifying structures into different groups, based on similarities in structural performance under natural hazards.

A measure of the interdependence between two or more variable in either a spatial or temporal sense.

Data-Architecture "Center investigators are engaged in resilience modeling and assessment of two small communities. The purpose of these testbeds is multi-fold: to enable the fundamental algorithms in IN-CORE to be initiated, developed and tested at an early stage of the Center research program before the measurement methods, data ontology and databases for modeling physical and social infrastructure systems and networks have fully matured; to provide guidance to NCSA software developers as to the mature of the algorithms that will be incorporated into IN-CORE; and to build working models of collaboration in teams of engineers, social scientists and computer scientists early in the Center research endeavor, something that has been elusive in previous large research centers. These testbeds will test the modeling, linkages and inter-dependencies between simple representations of building inventories, bridges and transportation systems, utility systems and the socioeconomic systems within the community that they support, and will inform the subsequent development of algorithms to estimate impact and recovery trajectories of systems that are essential for community resilience. The current testbeds will inform the development of more refined community resilience assessment methods in subsequent years of the Center research program." (Center for Risk Based Community Resilience Planning 2019; web) [Center for Risk Based Community Resilience Planning, Colorado State University. (2019). Testbed Communities. Retrieved from: http://resilience.colostate.edu/testbed.shtml]

Engineering "A model... developed for estimating fragility functions that depend on the degree of structural deterioration." These models are "used to model the change in the structure over time due to exposure to different environmental conditions. The effect of deterioration on structural demand and capacities is considered in the evaluation of the fragility functions." (Rao et al. 2017; 67) [Rao, A. S., Lepech, M. D., & Kiremidjian, A. (2017). Development of time-dependent fragility functions for deteriorating reinforced concrete bridge piers. Structure and Infrastructure Engineering, 13(1), 67-83.]

An analysis may require a particular assessment to be performed continuously over time, however, continuous assessments are not always possible and are typically approximated with assessments over discrete time steps. The time granularity of the analyses then refer to how often we perform an underlying assessment which is supposed to be continuous in reality. Sharma et al. (2020)

Weather. “Tornadoes are extremely complex wind events that cause damage ranging from minimal or minor to absolute devastation.... In a simplified tornado model, there are three regions of wind: 1. Near the surface, close to the core or vortex of the tornado. In this region, the winds are complicated and include the peak low level wind speeds, but are dominated by the tornado’s strong rotation. It is in this region that strong upward motions occur that carry debris upward, as well as around the tornado. 2. Near the surface, away from the tornado’s core or vortex. In this region, the flow is dominated by inflow to the tornado. The inflow can be complicated and is often concentrated into relatively narrow swaths of strong inflow rather than a uniform flow into the tornado’s core circulation. 3. Above the surface, typically above the tops of most structures, the flow tends to become very nearly circular. In an actual tornado, the diameter of the core or vortex circulation can change with time, so it is impossible to say precisely where one region of the tornado’s flow ends and another begins. Also, the visible funnel cloud associated with and typically labeled the vortex of a tornado is not always the edge of the strong extreme winds. Rather, the visible funnel cloud boundary is determined by the temperature and moisture content of the tornado’s inflowing air. The highest wind speeds in a tornado occur at a radius measured from the tornado core that can be larger than the visible funnel cloud’s radius. It is important to remember that a tornado’s wind speeds cannot be determined just by looking at the tornado.” (FEMA 1999; 2-4) [Federal Emergency Management Agency (FEMA). (1999). Building Performance Assessment Report: Midwest Tornadoes of May 3, 1999. Retrieved from: https://www.fema.gov/media-library-data/20130726-1443-20490-7720/fema342.pdf ]

Tornado Hazard. There are two effective approaches to simulate the tornado hazard model. The first approach is typically developed by using damage assessments for buildings beginning at what is believed to be the centerline of the tornado and working outward in transects perpendicular to the tornado path. The other is to estimate near-surface wind speed that exists for the tornado, some of which are based on tree fall patterns. Please see the tornado hazard model page on Confluence with more details. https://opensource.ncsa.illinois.edu/confluence/display/INCORE1/Tornado+Hazard+Model

Tornado Hazard. "An examination of risk," that is "composed of two parts: one part relating to the probability of a natural hazard occurring, while the second relates to the magnitude of the resulting impact (which depends upon the vulnerability of the exposed infrastructure and population)." (Etkin et al. 2002; 1) [Etkin, D., Brun, S. E., Chrom, S., & Dogra, P. (2002). A tornado scenario for Barrie, Ontario. Institute for Catastrophic Loss Reduction.]

Geography "The physical support of transport modes, where routes (e.g. rail tracks, canals or highways) and terminals (e.g. ports or airports) are the most significant components. Infrastructures also include superstructures which are movable assets that usually have a shorter lifespan." (Rodrigue, J-P. 2019; web) [Rodrigue, J-P. (2019). Core Components of Transportation. Retrieved from https://transportgeography.org/?page_id=247]

Network-Reliability "The ability of degraded transport networks to cope with travel demand." In major urban cities research is focused on "the reliability of urban passenger transport networks, in terms of the probability that the network will deliver a required standard of performance. This situation is characterised by high levels of congestion, a dense road network, and quantifiable probability of degradation of the network." (D'este and Taylor 2003) [D'este, G. A., & Taylor, M. A. P. (2003). Network vulnerability: an approach to reliability analysis at the level of national strategic transport networks. In: The Network Reliability of Transport: Proceedings of the 1st International Symposium on Transportation Network Reliability (INSTR) (pp. 23-44). Emerald Group Publishing Limited.]

A multi-hazard corresponding to a seismic event that originates on the seafloor. The earthquake results in ground shaking and sea-floor displacement which subsequently triggers a tsunami.